The Gift of Time – Ahmed Bukhatir

Ahmed Bukhatir – Ya Bonayya My Son

Who is your love من هو حبيبك؟

Ahmed Bukhatir is a name synonymous today with any lover of music, especially the ‘acapella’ style of singing. A singer, par excellence, with over 10 million fans that span across 5 continent. Ahmed Bukhatir is truly an artist who proves that ‘music is a universal language’. He has sung in 3 different languages at this point, English, Arabic, and French.

Ahmed Bukhatir looks forward to be able to get his message across in as many languages as possible, as he quotes,

‘we should be able to surpass the barrier of languages and communicate in whatever medium possible as the more the world seems to get closer, the more far apart, we as human beings are growing’

He hails from the United Arab Emirates and was born in 1975 to one of the biggest business families. He has played many diverse roles at a very young age; he currently serves as a Senator for the Sharjah government. When he was asked to serve, he dutifully stepped up to perform his civic duties.

Ahmed Bukhatir’s songs have been about, character, values, relationships, about how one should go about trying to be a good human being and value whatever he or she has been given by God before it is taken away. To cite a few examples of the messages in his songs. Ahmed Bukhatir’s song, ‘Ya Bunaya’, gives one a look into the relationship between a father and son,

He is one of the few artistes whose every album has made waves upon its release. Be it his commercially successful and critically acclaimed album, “Entasaf Al-Lail” which became the bestselling album in UAE and GCC countries or his “Al Quds Tunadeena”, “Fartaqi”, “Samtan”, were all major bestsellers.

Ahmed Bukhatir’s album “Da’ni”, sold hundreds of thousands of copies across the globe and encompassed English songs along with the Arabic. In 2007, he released his album “Hasanat” which topped Virgin Top 10 Chart across the Middle East for 7 weeks.

Ahmed Bukhatir latest release, ‘Moments with Allah’, had yet again proven to be a huge success with the international audience and achieved another milestone, for he was the first singer from the GCC to sing a song in French called ‘Pourquoi Les Hommes pleurent’, which has been a rage amongst the French audience.

An International artiste in the true sense, he wishes to use music as a platform to get the message of peace across the globe. He is currently also championing the cause of child hunger and wishes to support the United Nations, World Food Program, in bettering the excellent job they are already doing.

Ahmed Bukhatir Performances (All around the World)

He made many performances inside the United Arab Emirates in Sharjah, Dubai, Ras Al Khaimah, Al Ain, Abu Dhabi, Um Al Quwain, and audiences were between 2000- 3000, beside the grand performance in Kuwait attended by 2500 audience and in the Uk (London) Global Peace and Unity attended by more than 35 thousand audience. He also performed in Australia (Melbourne & Sydney), South Africa (Durban), Yemen (Sana’a) and India (Mumbai).

Ahmed Bukhatir and his group received many invitations from many Arab countries such as Oman, Bahrain, Saudi Arabia, Lebanon, Jordan, Egypt, Algeria, Canada, Pakistan, Malaysia, USA, Iran, and other countries.

Media played a fundamental role in the distribution of Ahmed Bukhatir’s albums in the Arab and the western world, many articles were written about him and appeared in magazines such as “Zahrat Al Khaleej”, “Kul Al Usra” “Friday”, and all local newspapers and magazines.

Since establishment in 1999, the site bukhatir.org “tune of life” aims to become the first Islamic site used in Arab countries and World. This site aims to present the decent word and act throughout the religious and social awakening represented in the works all over the World.

Bukhatir tune of life chants succeeded to improve its position as a distinguished web site among the Islamic websites and always present the new products, more than ten thousand visitors use to visit this site daily.

More from The Digital Islam 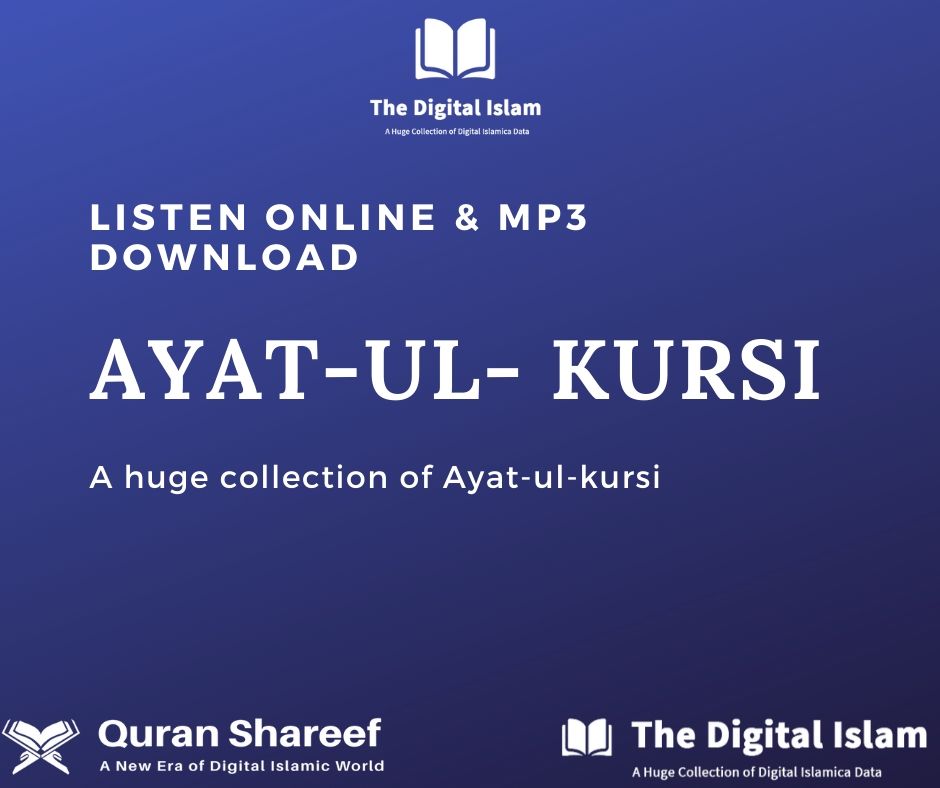 Popular on The Digital Islam