What is Islam? Why did Islam Spread So Quickly?

In This Topic, We have covered all about Islam. Why does Islam Spread So Quickly, What is the Meaning of Islam? What Followers of Islam Called? Who is the Creator of Islam and much more?

Islam is a religion of faith, and teaching there is only one ALLAH. And that Muhammad is a messenger of ALLAH.

Islam is the second-largest religion throughout the world with over 1.8 billion followers known as Muslims. Muslims make up a population of 49 countries over the world.

Islam teaches us that ALLAH is merciful, kind to us and powerful, and unique, and has guided Humanity through our prophet Hazrat Muhammad (SAW). (Prophet born in 570 AD – 8 June 632 CE)

Islam is the Complete Version of the problems of Humanity. It has given a brief detail of every aspect of life. o

WHEN WAS ISLAM FOUNDED?

Many times through many prophets, including the first prophet that came, Adam, Abraham, Moses, and Jesus. Muslims consider the Quran in its Arabic to be the unchanged and final revelation of ALLAH like other Abrahamic religions.

Including these prophets are Adam, Abraham, Moses, and Jesus. Muslims consider the Quran in the Arabic language as the final revelation of God. Like other Abrahamic religions.

Islam also told us for people a final judgment with the righteous rewarded in paradise and the unrighteous punished in hell.

Islam consists of five pillars, which are obligatory acts of worship, as well as following Islamic law called Shariat, which teaches virtually every problem of life and society.

From banking and the environment. The holiest city of Islam is included in three cities, mecca, medina, and Jerusalem.

Islam is historically believed to come into the world in the early 7th century CE in Mecca, from the 8th to 13th century is considered the golden period of Islam.

In the era of the Abbasid caliphate, when much of the old world was under experiencing economic, cultural, and scientific flourishing.

WHAT ARE THE FIVE PILLARS OF ISLAM?

There are five pillars of Islam which are given below.

The profession of Faith (shahada). The belief that “There is no god but God, and Muhammad is the Messenger of God” is central to Islam.

This phrase, written in Arabic, is often prominently featured in architecture and a range of objects, including the Qur’an, Islam’s holy book of divine revelations. One becomes a Muslim by reciting this phrase with conviction.

Prayer (salah) prayer includes first of all recitation of the opening chapter called sura of the Quran and is sometimes performed on a small rug used expressly for this purpose.

Muslims pray namaz in mosques together and also can pray individually at any place. Where a leader in a prayer called (imam) guides the congregation.

Also, once a week, men together in a mosque for the noonday prayer on Friday called Jumma prayer: women are welcome but not obliged to participate in this prayer.

After the prayer, the sermon focuses on a passage from the Quran, followed by prayers by the imam and a discussion of the particular religious topic.

.Alms (Zakat).  By Islamic law and regulations, Muslims donate a fixed portion of their income amount to those community members who need it.

Many rulers and financially wealthy Muslims build mosques, drinking fountains, hospitals, different schools for education, and other institutions both as a religious duty and to secure the blessings associated with a charity.

Fasting (Sawn). There are twelve months in our Islamic calendar in which one of which is Ramadan. This month is considered a holy month in Islam.

During the daylight hours of this month of Ramadan the ninth month of the Islamic calendar, all healthy adult Muslims are required to abstain from drink and food during a specific period.

Through this temporary deprivation, they renew their awareness of and gratitude for everything ALLAH has provided in their lives.

Including the Quran, which was the first revealed during this holy month of Ramadan. During this month, Muslims share the hunger and thirst of the needy as a reminder of their religious duty to help those less fortunate.

Pilgrimage (Hajj). Every whose health and finances permit it must make at least one visit to the holy city of Mecca. in the present day situated in Saudi Arabia.

The shape of the Ka’ba, a cubical structure covered in black color embroidered hangings, is at the center of the masjid e haram in Mecca city.

Muslims believe that it is the house of Abraham (prophet of ALLAH) built for ALLAH, and face in its direction (Qibla) when they pray.

Since the time of Prophet Hazrat Muhammad (SAW), believers from all over the world have gathered around the Ka’ba (House of ALLAH) in mecca between the eighth and twelfth days of the final month called Zilhajj of the Islamic calendar.

WHEN WAS ISLAM FOUNDED OR ORIGIN OF ISLAM?

They share Some of the same holy sites, such as the prophet and Jerusalem, such as Abraham ( Ibrahim in Arabic), collectively, scholars refer to these three religions cited above as the Abrahamic faith, since Ibrahim (A.S) and his family play a significant role in the formation of this three religion.

The religion Islam begins with the prophet Hazrat Muhammad (SAW). The explanation of Islam is “surrender,” and its central idea is a givingness to the will of ALLAH. Its fundamental article of faith is that ‘ there is no God but ALLAH and Muhammad (SAW) is the messenger of ALLAH.

WHAT WERE THE FOLLOWERS OF ISLAM CALLED?

Followers of Islam are called Muslims. Muslims believe that they are following in the same tradition as the Judeo-Christian figures Adam, Noah, Abraham, Moses, and Jesus, who they think are all significant prophets before the Hazrat Muhammad (SAW).

There were many battles fought between the Muslims of Madina under the leadership of Muhammad (SAW) and the Meccans.

The very first battle was the “Battle of Badar’ in which Muhammad (SAW) got the victory with only 313 companions while Jews were more than 1000 in number.

Finally, Muhammad SAW came with 10000 fighters to mecca and won this battle without any war. The Jews surrendered, and Muhammad (SAW) announced a free pardon for all Meccans.

WHAT DOES ISLAM MEAN?

The word Islam is derived from a three-letter words in the Arabic language, such as (Seen, Laam, and Meem).

When we combine these three words that make “salam,” it is challenging to translate the natural beauty of another language.

The meaning of the word “Salam” is a piece. If we define this word in the next step, then you would say Islam is submitting one’s will to the obedience of ALLAH.

WHY DID ISLAM SPREAD SO QUICKLY?

In 610 CE, a merchant trader from Mecca made one of his frequent visits to a cave on nearby mount hira for Muhammad in Abdullah.

It was a time to pray and get away from the scramble for the wealth he felt was causing his people to lose their way.

According to Muhammad, it was on this visit to mount hira that the angel Gabriel grabbed his hand and made words come out of his mouth.

These words told that ALLAH was one true god, Muhammad returned home and told his wife Hazrat Khadija (R.A)and her cousin named Warqa bin Nofel but told no one else.

Over time, more words came. In 610, the city of Mecca was a busy Arabian trade center with camel caravans arriving regularly from the north and south.

It was also the site for an annual pilgrimage where Arab pagans believers in many gods came to worship at the sacred Ka’ba the holy place of mecca the city of mecca’s population included a large quantity of Jews families and a small amount of Christians families.

There may have been a feeling among the pagan Arabs that their religion was less sophisticated that the religion of Judaism and Christianity.

Because they have nothing too similar to the Torah and the bible. They had no Abraham or Moses and Jesus. After receiving ALLAH words two years, Muhammad decided it was time to spread his message.

Encouraged by the support of his friends and his wife, Kadija  Muhammad, began to recite his words in public.

He of the one god Allah and the importance of charity sharing the wealth with the weak and poor together these teachings would be given the name Islam.

The Arabic words for submission. A follower of Islam is called a Muslim, meaning one who submits to the will of Allah after Muhammad’s death in 632 words of Allah that were recited by Muhammad would be written down and called the Quran.

Therefore after some time, Muhammad (PBUH) climbed mounts nearby mecca city and speak to people of the Mecca how was my personality among you?

All the people of Mecca talk together. You are a righteous and honorable person among us.

Then Muhammad recites that ” there is no one worthy of worship except ALLAH and Muhammad is the Last apostle messenger of ALLAH” this is the time in Mecca to spread the message of Islam to the people of Mecca. With time, Islam spread so quickly in other cities of Saudi Arabia. 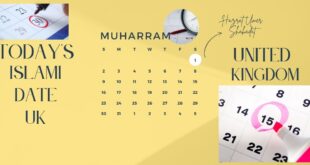 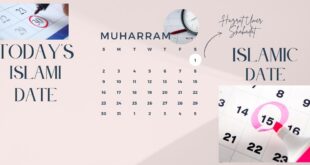